Fill in the blank with the correct word. 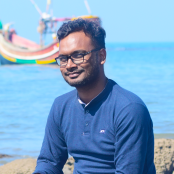 Hello This is Ashikul Islam. I'm a civil engineer but it's not my profession. Amazingly I'm a Graphic Designer . I'm working in this profession for 5 long years and earning my bread and butter from this by freelancing. Yes designing is in my blood and I love create something new with my imagination. You know something, Do what you love Love what you do. Stay strong stay Blessed. Ashikul Islam Not a Civil Engineer Proudly a Graphic Designer.

Bluehost Coupon Codes Save up to 70% on hosting and more.
সাধারন ,